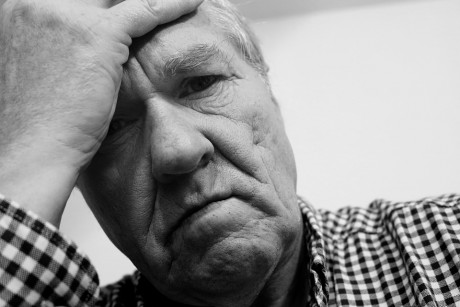 As the U.S. economy slows down, we would expect to start to see evidence of this in the employment numbers, and that is precisely what has begun to happen.  During the week before last, initial claims for unemployment benefits jumped by 17,000, which was the largest increase that we had seen in over a year.  Well, last week we witnessed an even bigger spike.  Seasonally adjusted initial claims shot up 20,000 more to a total of 294,000.  Of course it makes perfect sense that more Americans are applying for unemployment benefits, because firms are laying people off at a much faster pace these days.  Just a couple days ago I reported that job cut announcements at major firms are running 24 percent higher this year compared to the first four months of last year.  So we should fully expect that the number of Americans seeking unemployment benefits will continue to accelerate.

Personally, I am a bit surprised by how quickly these numbers are getting worse.  The following comes directly from the Department of Labor…

For a long time, initial claims for unemployment benefits were running quite low, and this was one of the few bright spots for the U.S. economy.

Unfortunately, that is now changing, and this is just more confirmation that a significant economic slowdown has already started.  For many more numbers that back up this claim, please see my previous article entitled “11 Signs That The U.S. Economy Is Rapidly Deteriorating Even As The Stock Market Soars“.

But whether the economy has been doing good or bad in recent years, the long-term trend of the decline of the middle class in America has continued unabated.

This week, we got even more evidence that the middle class is steadily disappearing from the Pew Research Center…

The American middle class is losing ground in metropolitan areas across the country, affecting communities from Boston to Seattle and from Dallas to Milwaukee. From 2000 to 2014 the share of adults living in middle-income households fell in 203 of the 229 U.S. metropolitan areas examined in a new Pew Research Center analysis of government data. The decrease in the middle-class share was often substantial, measuring 6 percentage points or more in 53 metropolitan areas, compared with a 4-point drop nationally.

Do you understand what that is saying?

But it isn’t just the middle class that is suffering.  According to that same report, household incomes have been falling for Americans in all income brackets…

Thanks to “free trade agreements” that have been pushed by Bill Clinton, George W. Bush and Barack Obama, the U.S. economy has been steadily merged into the emerging one world economic system.  As a result, U.S. workers are now forced to directly compete for jobs with workers on the other side of the planet that live in countries where it is legal to pay slave labor wages.

It was inevitable that good paying jobs would leave areas where labor was expensive and go to places were labor was very cheap.  Over the past couple of decades, the U.S. has seen tens of thousands of manufacturing facilities shut down and we have lost millions of middle class jobs.

Wendell Nolen, 52, has experienced the slide from middle-class status first-hand. Eight years ago, he was earning $28 an hour as a factory worker for Detroit’s American Axle and Manufacturing Holdings, assembling axles for pickup trucks and SUVs.

But early in 2008, the good life unraveled. After a three-month strike, Nolen took a buyout rather than a pay cut. Less than a year later, the plant was closed and American Axle shipped much of its work to Mexico.

Now Nolen makes $17 an hour in the shipping department of a Detroit steel fabricator, about 40 percent less than he made at the axle plant.

‘America is losing jobs because of the free trade stuff,’ Nolen said. ‘They’re selling America out.’

I couldn’t have said it better myself.

If you step back and take a longer-term view of things, what has happened to our middle class is abolutely staggering.

For example, one study found that the middle class in America became a minority last year for the first time in our history.

And if you go back to 1970, the middle class took home close to 62 percent of all income, but today that number has dropped to just 43 percent.

This is a problem that has been crying out for a solution for a very long time, and yet our politicians have been sitting on their hands.

Now the next crisis is here, and the plight of the middle class is about to get a whole lot worse.

For months, my regular readers have been listening to me go on and on about howthe U.S. economy is deteriorating, but now even the mainstream media is saying it.

For example, a Bloomberg article that just came out admits that “the next president will probably face a recession” no matter who wins the election…

Talk about a poisoned chalice. No matter who is elected to the White House in November, the next president will probably face a recession.

We are in the midst of a deceleration in the economy, and the chain of dominoes leading to a recession has started to fall. First, it was a weak global economy. Then, multinationals and business-to-business companies were hit by the resulting decline in global trade and commodity prices. Now, consumers are starting to feel the repercussions as they draw down their growth in spending on discretionary goods and services, which we saw reflected in the first-quarter GDP report.

This is the foreshadowing of a recession. We saw similar indicators prior to recessions in 2001 and 2008. Although there is potential for economic indicators to flip, the current momentum and indicators suggest that the U.S. economy will get worse before it gets better.

This is precisely what I have been saying.  The exact same indicators that told us that recessions were coming in 2001 and 2008 have been flashing bright red, but most people don’t seem to understand what is happening.

It doesn’t matter how much faith you may have in Barack Obama, Hillary Clinton, Bernie Sanders or Donald Trump.  None of them can stop what is already in the process of happening.

Without a doubt, we truly are “in the midst of a deceleration in the economy”, and it is most certainly true that “the next president will probably face a recession”.

In fact, we would be exceedingly fortunate if it is just a recession that we will be dealing with.

The largest and most important economy on the planet is teetering on the brink, and it is not going to take much to push us into a full-blown disaster.

So let us hope for some sort of economic miracle to take place, because we could really use one right about now.