The Coming Collapse – Your Community Will Be Your Country 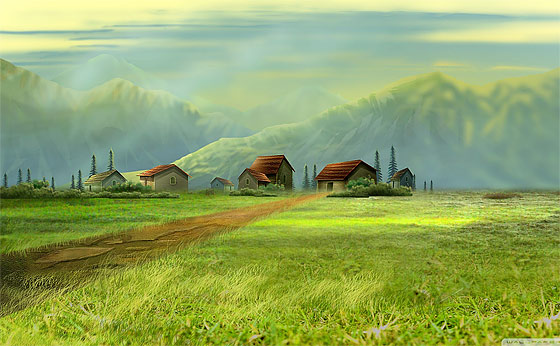 “We are going to be on our own. Your community will be your country and you better prepare now. Normalcy Bias will get you and yours killed. Know who the good guys and the bad guys are in your neighborhood/town. Network with trustworthy friends, neighbors, and family members. When the economic correction happens, and the Pollyanna’s, clueless fools, and snitches are running around in tight little circles emitting high-pitched squeaking noises, you want to be as far away from these losers as you can.”

I’ve heard this notion stated in more ways than one, and let me tell you… it’s true.

After the onslaught of social chaos crosses over the thin veneer of civil society, the ensuing breakdown and collapse of our infrastructure, just-in-time systems of distribution, and law & order, will result in the shrinking of your world…

Whatever food comes from your own local community (gardens, farms, etc..),
will be all that there is.

Think about it. When the supply chains of distribution come to a screeching halt, and when your grocery store no longer is filled, you will be stuck with whatever you have. And any future production during this hypothetical (but possible) major collapse will be limited to your locality – and whatever your community may be able to produce.

If you’re in the city, you’re screwed.
If you’re in urban suburbia, you’re probably mostly screwed.
Even if you live rural, does your community have many agricultural farms?

Related: When The Trucks Stop, It’s Over

I guarantee that most ordinary folks have no idea that if trucks stopped rolling all across America, within a short period of time nearly all Americans would be in a life-threatening situation from major delivery shortages.

During a time of major social chaos, breakdown of law & order, civil war, or even martial law, the delivery of your life-sustaining foods and supplies will be crippled or entirely broken down.

Your community will become your country.

Most every American who has a pulse feels it in their gut that we’re heading towards major social unrest or even social upheaval or possibly even revolution. The powers-that-be are ‘all in’ (including POTUS) and are pushing us towards the brink of social chaos. Couple that with how so many Americans are entirely and completely ‘done’ with the current corrupt and broken government of crooks and thieves, we have a recipe for disaster…

If this thing does erupt, your world is going to shrink.

To what extent? I suppose we’ll see soon enough…
CONCLUSION
If things get out of control and the perfect storm of socioeconomic collapse fells the dominoes of our current system, your sphere of supplies and goods will shrink down to what you already have and perhaps what your community brings to the table with regards to sustainability…

Do not depend on the seemingly never-ending supply of your life-sustaining goods from the grocery store. Their ‘stuff’ comes from all over the world, and that complicated mechanism will break down.

Yes, this is about a worst-case-scenario. But the thing is, each passing day it feels more and more like we’re being pushed in that direction. So it may be prudent to prepare for it.

Under this worst-case-scenario the cities ‘will burn’ (maybe literally), or the cities may become ruled by gangs… People will die there, and people will flee. This will be true in the surrounding heavily populated urban areas as well. However think about your own community. Could your own community survive mostly on its own for an extended time? Food for thought.