What happens if you are stuck in a large riotous crowd?  Now this can be the result of an evacuation or bug out situation or just riots for any one of many reasons.  Now back in the early seventies I was working undercover and got caught in a couple of the anti war riots that occurred during this period.  I even ended up on the wrong side of a police line, not the right place to be. 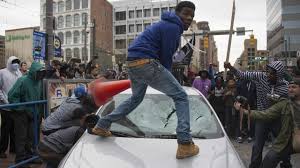 Last night I was watching a movie and they showed the people traveling in a large panicky crowd.  Our heroes made several dumb moves, first they tried to drive through a crowd having the only running vehicle.  This does not work, unless you are willing to kill people and even then, you most likely won’t get out of the crowd alive.

If you are on the road during a bug out and there is a large and desperate crowd in front of you, reverse course.  Find another route, even if it means abandoning your vehicle.  Remember crowds are something to be feared, a panicky crowd will have no conscious.

Our hero then made a second mistake, he pulled a firearm and all this did was result in the loss of the firearm and him almost being killed.  If you have a firearm in a crowd, try to keep it out of sight and don’t pull it out and threaten someone.

The best solution is to avoid being caught in crowds, but sometimes you have no choice.  You may be attending a large public event like a ball game or simply have to work in a bad area.

Hopefully you never get caught in this situation.  Planning ahead and living and working in good areas, can help keep you and your family safe.