In The Next Emergency These “Key Items Will Be 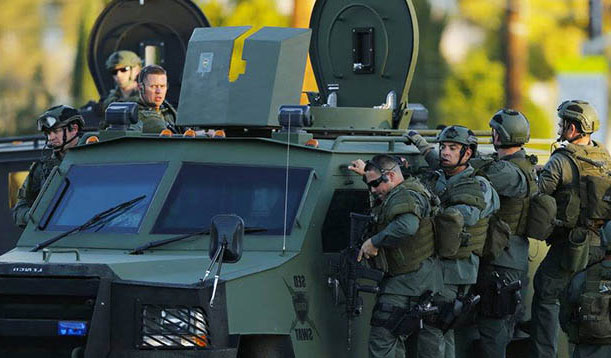 This article was written by Michael Snyder and originally published at his Economic Collapse blog.

Editor’s Comment: America has become crisis prone. The pressure points have been identified, and provoked. Civil unrest could be triggered on any given day – police killings, or stock market collapse. Maybe something to do with elections.

After the initial 72 hours of confusion and the fog of war, people will be left stranded, hungry, and either ready to turn to government for help or on each other. Holdouts and hoarders are treated as criminals, and shortages on numerous essentials will make everyone desperate. You may need to barter to survival, or learn to store and conceal what you have from intruders, etc. With luck, you won’t be like those in Venezuela or worse.

Which Items Will Disappear First During A Major National Emergency?

One day in the not too distant future, a major emergency will strike this nation, and that will set off a round of hoarding unlike anything we have ever seen before.  Just think about what happens when a big winter storm or a hurricane is about to hit one of our major cities – inevitably store shelves are stripped bare of bread, milk, snow shovels, etc.  Even though winter storms and hurricanes are just temporary hurdles to overcome, they still cause many people to go into panic mode.  So what is going to happen when we have a real crisis on our hands?

We can get some clues about which items will disappear first during a major national emergency by taking a look at where such a scenario is already playing out.  One recent survey found that over 80 percent of all basic foodstuffs are currently unavailable in Venezuela, and about half the country can no longer provide three meals a day for their families.  Thankfully, some stores still have a few things that they are able to offer, but other key items are completely gone.  The following comes from USA Today…

Oh, there are some things to buy. Besides salt, there are fresh vegetables and fruits, dairy products but no milk, some cereal, lots of snacks and a few canned goods.

The only meat is sausages; there are three kinds of cheese. The only problem: A kilogram of each costs more than a fourth of our monthly minimum wage of 15,050 bolivars.

But basic foodstuffs – the things most Venezuelans want to eat  such as corn meal, wheat flour, pasta, rice, milk, eggs, sugar, coffee, chicken, mayonnaise, margarine, cooking oil and beef – are conspicuous by their absence. And there isno toilet paper, no sanitary napkins, no disposable baby diapers, no shampoo,no toothpaste, no hand soap and no deodorant.

Do you have plenty of the items in bold above stored up?

If not, you may want to stock up while you still can.

Venezuela was once the wealthiest nation in all of South America, but now lines for food often begin as early as three in the morning.  Some people have become so desperate that they are actually hunting cats, dogs and pigeons for food, and there are even a few very sick people that have been killing and eating zoo animals.

Someday similar things will happen in the United States and Europe too.

When that day arrives, will you be prepared?

One of the things that got my attention from the article quote above was the lack of milk.  My wife is always telling me that we should store up more dried milk, and I believe that she is right.

Just imagine not having any milk and not being able to get any more.

What would you do?

Another thing that really stood out to me in the article was the fact that there is a severe shortage of personal hygiene items.  Most people don’t really think of those as “prepper goods”, but the truth is that life will become very uncomfortable without them very rapidly.

What would you do if there was no more toilet paper?

And if you have a little one, how are you going to manage without any diapers?

In general, it is wise to always have an extra supply of just about everything that you use on a daily basis stored away somewhere in your home.  The generation that went through the Great Depression of the 1930s understood this concept very well, but most of us that are younger have had it so good for so long that we don’t even really grasp what a real crisis looks like.

Many of my urban friends are now planting vegetables in their outdoor spaces – if they have any – or in pots. Another friend, who is a hairdresser, is charging clients food to do their hair. For a shampoo and dry, she charges a kilo of corn meal, saying that she doesn’t have time to stand in line like some of her clients.

As you prepare for what is ahead, you may want to consider stocking up on some items that would specifically be used for bartering in a crisis situation.

For example, you may not drink coffee, but there are millions upon millions of people that do.  In a crisis situation, there will be many that will be extremely desperate to get their hands on some coffee, and so any coffee that you store away now may become a very valuable asset.

Today you can waltz into Wal-Mart and buy giant cartloads of very inexpensive food, but it will not always be that way.

Unfortunately, more than half the country is currently living paycheck to paycheck, and most Americans do not have any emergency food stored up at all.

In addition to food and personal hygiene supplies, here are some other items that are likely to disappear very rapidly during a major national emergency…

-Anything Related To Self-Defense

So in addition to food and personal hygiene items, you may want to do an inventory of the items that I have listed above and see where you may have some holes in your preparation plans.

I understand that there will be some people that will read this article and think that all of us “preppers” are being just a tad ridiculous.

But when a major emergency strikes this nation and you haven’t done anything to prepare, you will dearly wish that you had bothered to take action while there was still time remaining to do so.

This article was written by Michael Snyder and originally published at his Economic Collapse blog.

Michael T. Snyder is a graduate of the University of Florida law school and he worked as an attorney in the heart of Washington D.C. for a number of years.

Today, Michael is best known for his work as the publisher of The Economic Collapse Blog and The American Dream.