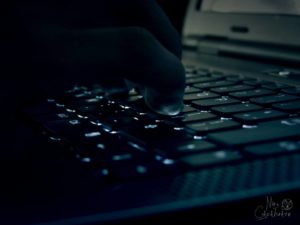 Command said that there’s a bigger concern.  The ability of Islamic State hackers to gain illegal access to sensitive information, like names and addresses of U.S. personnel, is a threat that makes targeting easier.

But what really keeps Cyber Command up at night comes from a more capable adversary.  Lt. General James MacLaughlin says:

Adversaries with these kinds of capabilities are a very small circle that includes Russia and China.  And the potential effects of these types of attacks are devastating.

We at Forward Observer focus so much on potential conflicts with Russia and China not only because they have these types of capabilities, but also because in a conflict where they would likely resort to asymmetrical attacks, these are exactly the kinds of attacks that we should expect.

While a tactical engagement might be thousands of miles away in eastern Europe or the South China Sea, cyber engagements aren’t limited by geography.  For the past decade and longer, we’ve seen Russian and Chinese cyber teams probe U.S. networks, and in often cases steal sensitive information.  The reality is that in many of these cases, they could have gone much further to disrupt U.S. networks, and so the capability to interfere with or manipulate critical infrastructure is clearly there.  Considering the relative ease of attack and accessibility from a world away, along with the intelligence value of mapping out infrastructure or accessing databases, these kinds of cyber attacks will certainly continue into the future.

Consider that in 2013, Iranian-linked hackers attempted to disrupt a small dam in upstate New York.  (In the same attack, hackers locked out online customers of 46 of the largest U.S. financial institutions.)  Even though the cyber attack was unsuccessful (the dam’s computer network was offline at the time), U.S. authorities are concerned that it could happen again.  And it very well could.

Russia’s assault into Ukraine relied heavily on cyber attacks against critical infrastructure.  Just last year, a cyber attack, allegedly perpetrated by Russia, took down the Ukrainian power grid.  And there have been several instances this year of Russia’s cyber-meddling against NATO countries (including an outright cyber attack in April against non-NATO member Sweden).

There’s no reason to doubt the next conflict will also rely heavily on cyber war, either.  As we get well into the realm of cyber operations — the gray area around conflicts of black and white — we need to understand that the U.S. has major vulnerabilities.  It’s that much more of a reason to be prepared.