Widely available, cheap, and in some form usually eaten by even the most picky eaters, potatoes are a staple in most households. As w 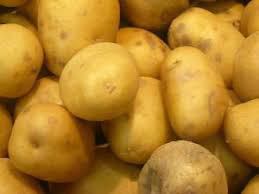 ell as coming in many varieties, with subtle color and flavor differences, they have the added benefit of being very filling, something that will be very useful if/when food supplies are restricted. Potatoes are easy to grow, even a large tub on a patio will produce a useful crop.

There are a few other things going for the humble tater. A single large potato contains potassium, magnesium,copper,iron vitamin C and almost all the B vitamins as well as resistant starch, a substance that has many health benefits. Resistant starch is proven to lower blood sugar levels and have a positive effect on insulin production. It reduces the appetite and has major benefits for the digestive system. Anything that can help maintain good health in a situation when there may not be access to doctors should be considered a crucial part of our diet.

There have been accounts of people living on nothing but potatoes for a considerable time.

As you see the humble potato is not as humble as its appearance suggests and it’s well worth considering mastering the technique of how to grow them. Although we may have stocked up on rice and pasta, neither of those is as nutritionally packed as spuds. Pasta and rice may also be difficult to replace when our stored supplies are exhausted. I know making pasta is not difficult but it does require a fair amount of time and eggs which may not be readily available in a crisis situation.

Potatoes are not time intensive and give a large, nutritionally worthwhile yield for a small amount of effort, something that may well be a major consideration in the future.

There are dozens of varieties that can be planted as early, mid or late croppers and this gives an almost year round supply. They are simple to store in a root cellar or other cool dark space, and allowing a few to ‘grow legs’ as my youngest calls it gives you your seed potatoes for the following year.

They grow so well they are useful for breaking up soil that hasn’t been tilled and is compacted. Just dig a small hole and pop a seed potato in, banking up the soil over it every couple of weeks. As the tubers begin to grow the smash up the hard soil below ground and after harvest the soil will be much easier to dig and improve than it otherwise would have been.

i find an easy way of growing potatoes is to roll down a heavy duty garbage bag and put  a foot of soil in the bottom. I put five seed potatoes equally spaced about four inches in from the side of the bag and cover with three inches of soil. As the plants grow I roll up the bag and add more soil. Overtime the plants grow nine inches, add six inches pf soil. The pot version of the earthing up you would do if row growing in the garden. Once the plants are within reach of the top of the bag…now unrolled, stop adding soil. They are ready to harvest after the flowers have did down.

To save a big mess on the patio put a tarp or board down and split the side of the bag. Alternatively, and this is my preferred choice, i cut an X at about the level I planted the seed potatoes, stick my hand in and pull to what I need for that meal. They keep better left in the soil and it gives them chance to grow even bigger!

Well there you go, my views on the humble tater. Enjoy